Servicing the future of the North Sea

The North Sea oil and gas industry has been urged to buck the trend and prepare for growth in the near future.

Attendees at an event organised by subsea intervention and commercial diving specialists K.D. Marine in Aberdeen recently, heard an upswing in oil price was imminent and, rather than laying people off, companies should be gearing up for increased activity.

Host and K.D. Marine managing director Hamish Petersen was joined by several other prominent leaders from across the UK oil and gas industry, representing operator and service companies, to consider how best to survive and prosper in the current challenging economic climate.

One delegate showed a graph projecting North Sea oil production rising from 2016 onwards as a number of new fields came on stream.

All agreed it was essential to maximise current downtime by keeping up inspection repair and maintenance (IRM) programmes, so the industry would be ready to grasp opportunities from increased activity.

However, attendees heard that some IRM work had already been shelved as part of cost cutting, which was criticised as short sighted and foolhardy, and work was often not planned out properly.

One said the North Sea had become “fat and lazy” with some young engineers being fast tracked ahead of their experience. He described the current lack of experience in the industry as “frightening”.

Another claimed the engineering capabilities in Aberdeen had become so limited that they had transferred operations to Newcastle, Liverpool, Norwich and London, citing higher capabilities and lower costs as the main drivers.

“Engineering costs here have increased in some cases up to five-fold, yet some of the engineers we are using now simply aren’t fit for purpose. There is a big knowledge gap,” one said.

“There are some that are being hired into the industry now who in reality don’t know one end of a spanner from the other.”

Participants agreed that this was an issue the industry had created for itself through a combination of poor on-job supervision, a lack of continued training and assessment, a flawed recruitment process and accelerated promotion without enough experience to merit it.

Another major operator agreed: “Supervision is essential, and we need to get these engineers and those working in the supply chain in particular, practical, hands on experience. It’s not the individuals fault or responsibility – we have failed them.”

Everyone accepted the importance of robust health and safety policies and industry standards, but concerns were expressed that over regulation and ever changing policies hindered best practice, rather than helping it.

Attendees also supported ‘three on, three off’ rotation for offshore staff, which they saw as a significant cost saving over the traditional ‘two and two’ through reductions in helicopter flights, more continuity in terms of time spent on the job, and less travel time.

Reacting to the discussions, Mr Petersen said: “It was impressive to hear some of those within very senior roles, who know the industry inside out, debating the key issues that they deal with on a regular basis.

As well as oil price, the need for effective planning and strong concerns over the depth of the engineering talent pool, we also explored the merits of the three weeks on three weeks off rota system for offshore workers and the challenges between service companies and operators. All these items are of great importance, and I would like to revisit them again in six months time to see what changes have been implemented.

We are not going to solve the North Sea’s problems overnight, but it’s clear that those within the industry need to work a lot smarter to make sure we have a future.” 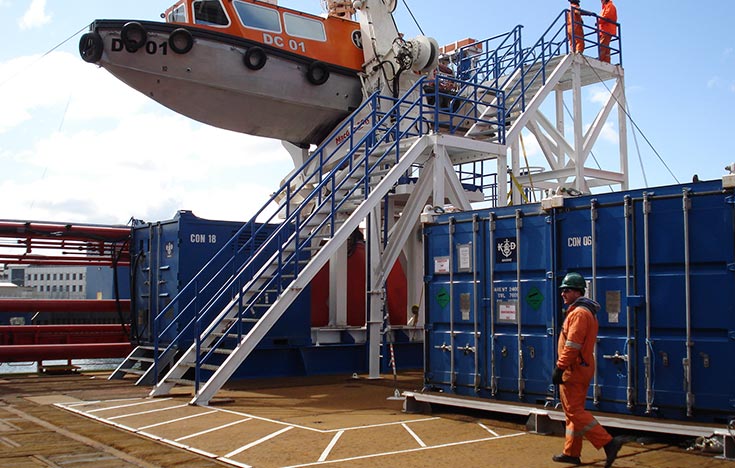